One On One Thanks Staff, Partners & Clients For Its Successes

One on One Educational Services celebrated its staff, partners and clients at its inaugural Excellence Awards Soiree held at the PanJam Courtyard. After nine years of steady growth, including two intense years that saw a major increase in the number of people pivoting to online education and training resources, the company feted all those who bought into the vision to democratise education, worked to meet the demand and helped to create award-winning innovations and solutions.

One On One’s Founder, President and CEO, Ricardo Allen, chatting with Minister of Education and Youth, Fayval Williams, M.P.

It was a night of dancing, laughter, heartfelt thanks and gratitude when One on One Educational Services celebrated its staff, partners and clients at its recent inaugural Excellence Awards Soiree held at the PanJam Courtyard.

After nine years of steady growth, including two intense years that saw a major increase in the number of people pivoting to online education and training resources, the company feted all those who bought into the vision to democratise education, worked to meet the demand and helped to create award-winning innovations and solutions.

They joined members of the 60-plus staff, other directors, partners, teachers and past One On One students to celebrate the company’s many successes developing learning management systems and e-courses trusted bygovernments, enterprises, and individuals to educate, upskill, and train thousands of people in Jamaica and across the region. 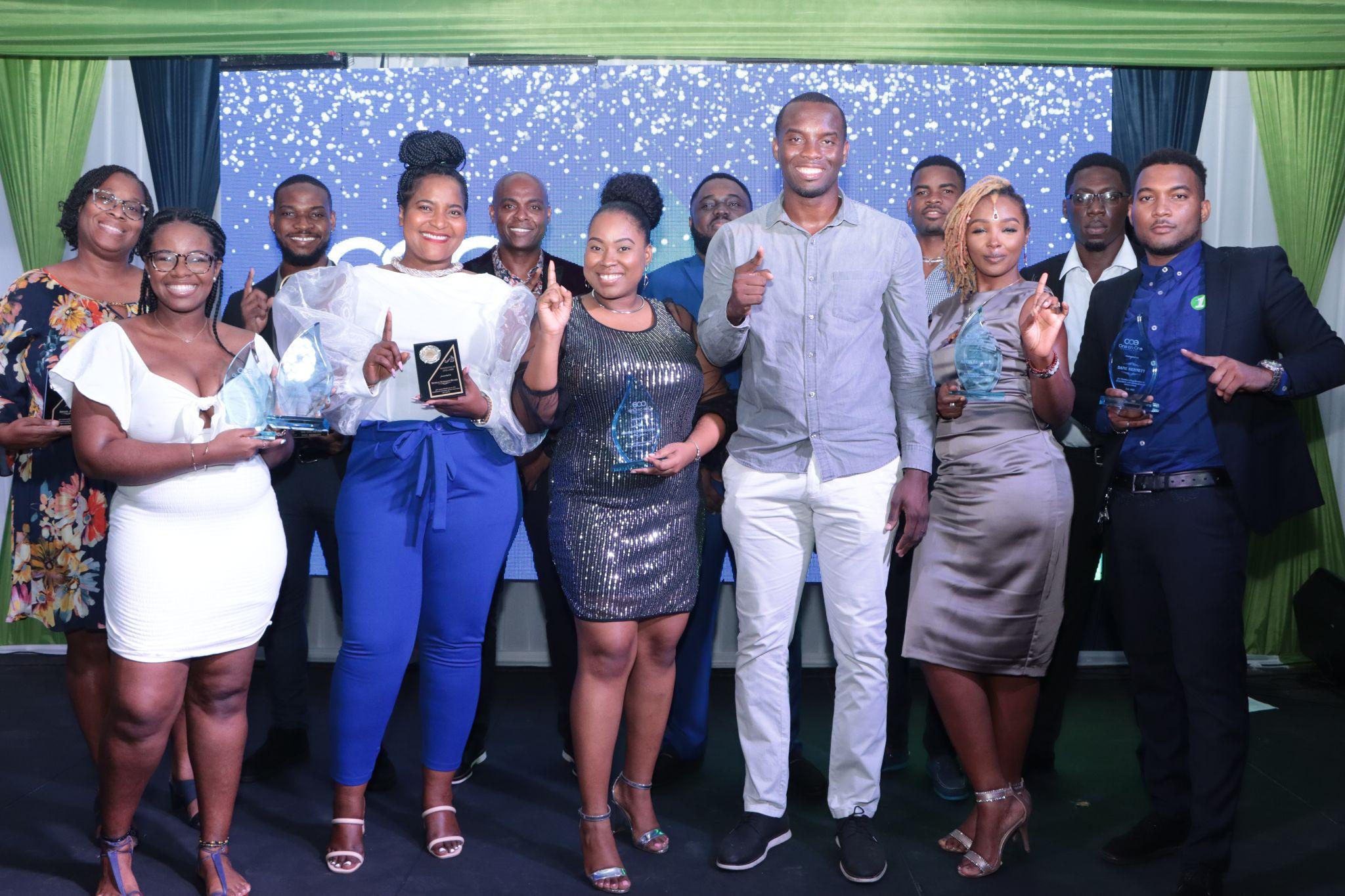 One On One’s Founder, President and CEO, Ricardo Allen (front row, third from right) shares the stage with award-winning members of his team.

Founder, President and CEO of the company, Ricardo Allen, spoke glowingly of staff and partners as well as key clients, which include companies such as FLOW, LASCO, and the Caribbean Examinations Council. He reminded attendees that the company had started in his living room before becoming the region’s leading e-Learning technology company.

Describing One On One as “a phenomenal partner”, FLOW’s Kayon Mitchell explained, “We have been on this journey for quite a while, starting with FLOW Study which totally transformed the landscape in terms of how our students learn and the way they prepare for CSEC and Cape examinations.”

She lauded the latest partnership between the two companies – Training for Professionals – which is being organised through the Flow Foundation.

“Under that particular partnership we are training thousands of professionals whether through upskilling them or reskilling them so that they are ready for the workforce of today, they are ready to take advantage of the jobs in the digital space, today. We are ensuring that as we transform, as we move towards digital transformation in Jamaica, our professionals are not being left behind. We are ensuring that we’re enabling the progress of as many Jamaicans as possible,” she said.

Noting that the company has been “amazing to work with”, she added, “We’ve been able to really make a difference in a lot of lives both at the primary and secondary level and now Jamaicans of all ages are also able to benefit from our programmes, so thank you One on One. Looking forward to what’s next.”

English Language teacher and long time teaching partner with the company, Michelle Henderson-Walker said, for her, “One on One means the future”. Meanwhile, former student Michael Price, who was part of the early face-to-face One On One programmes that prepared students for CSEC exams, recalled having a “wonderful” experience.

One On One’s Founder, President and CEO, Ricardo Allen, (third from right) and Minister of Education and Youth, Fayval Williams, M.P (fourth from right), shared the stage with Staff and Teacher Awardees.

“At the time it was face-to-face classes at JC and really, I loved the classes because they were intimate and I learned a lot during that time, a lot, even more intimately than I would have learned in high school so it was a great supplement to my high school education and the results were fantastic. For Maths I placed first in the Caribbean and for Physics I placed something like fifth in Jamaica. So, I got my results, the experience was good, and One on One really made a big difference in my life moving forward after that because it gave me the confidence to go into CAPE and perform the way I needed to perform. I only have good things to say about One on One,” he said with a smile.

During the awards, Best Content Developer went to Candice Brown. Receiving the Excellence Award for Teaching were members of the “Super 8” – Franklyn Burrell, Abigail James and Doreen Richards. They were awarded for their reliability and commitment to developing content or teaching courses. They accepted their awards in person while Nicole A. Nelson, Debbie-Ann Salmon, and Aldane Lewin were mentioned. Other teachers who were honoured included Michelle Henderson-Walker and Sandrine Walker.

One On One’s Founder, President and CEO, Ricardo Allen showing members of the audience the company’s Classroom In A Box product – an offline, self-contained, cloud enabled e-learning platform that simplifies the delivery of digitised content to schools and students everywhere.

We are the Caribbean’s leading e-Learning solutions provider, trusted by governments, enterprises, and individuals to educate, upskill, and train through our award-winning Learning Management System (LMS) and e-course offerings.